An Eastern Hermann’s tortoise for sale plastron exhibits discontinuous black markings which appear faded, broken up and nowhere near as well defined or prominent as in their western cousins. However, an almost entirely black plastron is sometimes found in specimens deriving from southern Greece. The space between the pectoral scutes is usually longer than that of the femorals or they may be an even length in various cases. Females Eastern Hermann’s tortoises typically reach seven to eight inches. However, extremely large, ten inch plus females have been encountered in parts of the world such as Bulgaria and also in captive collections. Males usually do not surpass seven inches but larger animals are not unheard of. Hermann’s tortoises have a flatter, broader look and are more elongate than round. 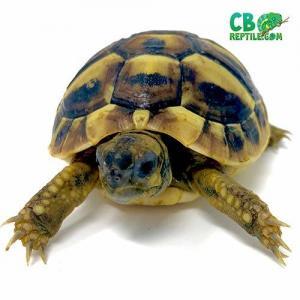 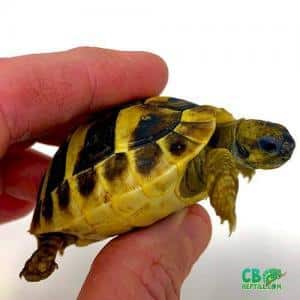 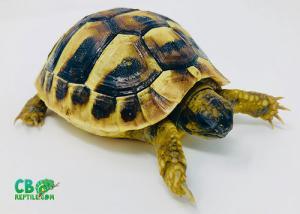