Welcome to CB Reptile! Above all, at CB Reptile 100% of our baby tortoise for sale online are captive bred.  We’ve got the largest selection of captive bred baby tortoise this side of the moon!  Shop species of tortoise including small tortoise species, medium sized and giant tortoise.

Therefore ALL of our tortoises for sale including baby tortoise for sale come with our full LIVE ARRIVAL and 7-day HEALTH GUARANTEE!  With a BIOLOGIST ON SITE, you can shop with confidence that CBReptile.com will provide you the highest quality new tortoise for sale anywhere in the USA.

As a matter of fact, all of our reptiles for sale ship in heated or cooled insulated shipping boxes (when necessary) via UPS or FedEx Early morning Priority overnight delivery.   Most often they and leave our facility at 7pm on the day of shipping to your doorstep just 12-14 hrs later the following morning.  Secondly, as tortoise breeders, we are proud to only offer captive bred baby tortoise for sale, tortoise for sale, and are the best tortoise breeder where to buy a tortoise online from in the USA.

Lastly, if you are looking where to buy tortoise for sale online or where to buy captive bred baby tortoises for sale, you have found the spot! 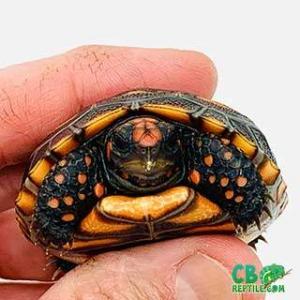 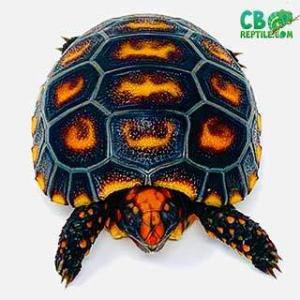 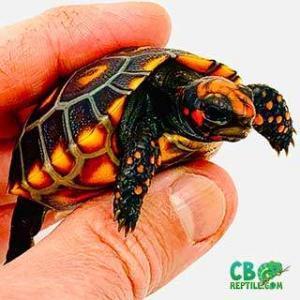 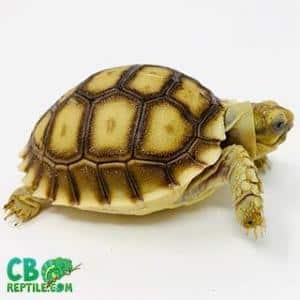 As a result of being captive tortoise breeders, we focus on using only the best breed stock to provide our customers with healthy, happy and active top quality specimens.  Even more so important is our goal to please any turtle or tortoise enthusiast for decades to come.  For this reason, our tortoises for sale online include nothing but 100% captive bred tortoise breed stock.

Furthermore, as tortoise breeders for over 2 decades, we are proud to have the largest variety of in stock tortoises on sale anywhere online in the USA.  Whether you are looking for a giant tortoise for sale, or a tiny tortoise for sale, CBReptile.com ensures you will get a healthy, captive bred baby, juvenile, or adult tortoise at a great price with the best support in the world and a full live arrival and health guarantee.

Baby Suclata Tortoises – The African sulcata tortoise got its name from the Latin sulcus, which means furrow. The name describes the deep grooves on the scutes (the plates of the shell) of the tortoise. Sulcatas are native to the Sahara desert.  Sulcata colors include the rarest Albino Sulcata tortoise, as well as the Ivory Sulcata tortoise.

Sulcatas have sandy, ivory known as the baby ivory sulcata tortoise or ivory sulcata tortoise for sale,, or golden yellow-brown skin.  These big torts also have two or more very large and prominent tubercles (or spurs) on the rear legs. On the carapace (top shell), each scute or plate is tan to yellow at the center and outlined by brown growth rings. The plastron (bottom shell) is light tan to yellow.

The skin of a baby African sulcata tortoise is very thick and the legs are covered in dull, spiny projections. Secondly, thick skin and spines are intended for protection from predators but also work as insulation, keeping the tortoise cooler in the summer and warmer in the winter. Lastly, prominent spurs on the rear legs serve no observable function according to scientists but, from my own personal experience, they wag when they are happy like a dog’s tail.

Sulcatas are the third largest breed of tortoise in the world, surpassed in size by the giant tortoises of the Galapagos Islands and Seychelles. Not only do Sulcata grow very large, they grow very rapidly — up to two and a half feet long and 80-110 pounds or more in 5 to 10 years. On average, they grow to be 36 inches and can weigh as much as 150 pounds at its largest maturation. The oldest Sulcata recorded lived to be just over 80 years old.

They’re also known for their outgoing personality and are a bit more friendly than the traditional leopard tortoise for sale.  Leopard tortoises are some of the more popular tortoises as far as collectors and tortoise enthusiasts go.  They are friendly, beautiful, can learn to eat from your hand and are very docile and relaxed as far as temperament.

Most of all, leopards will live up to 100 years of age and can make great additions to your reptile family for decades to come.  Their primary diet is dandelion greens, spring mix and mazuri tortoise food here at tortoise town.

Eastern Hermann’s tortoise (Testudo hermanni boettgeri) is the larger, common race. These tortoises are usually viewed as “dull” when compared with their western counterparts with colors as well as markings varying extremely. Rather attractively colored specimens are not unheard of. In fact, we maintain some striking eastern tortoises ourselves. The ground color of the carapace is typically a horn color or can be brown, yellowish, or ochre. Less intense black or dark brown bars and blotches border it.

However, an almost entirely black plastron is sometimes found in specimens deriving from southern Greece. The suture between the pectoral scutes is usually longer than that of the femoral or they may be an even length in various cases. Females typically reach seven to eight inches but extremely large, ten inch plus females have been encountered in parts of the world such as Bulgaria.  They are have also been found in captive collections. Males usually do not surpass seven inches but larger animals are not unheard of. These tortoises have a flatter, broader look and are more elongated than round.

on sale.  Red foot tortoises have an average length of 12-14 in (30-35 cm); individuals measuring up to 18 in (45 cm) are commonly found while there have been occasional discoveries of 20 in (50 cm) specimens. Males are larger than females.

The high, domed upper shell (carapace) is around 20 cm in length in T. g. graeca known as the more common greek tortoise for sale. This tort is almost twice as large in T. g. ibera. also known as the Ibera greek tortoise for sale. Greek tortoise carapace varies from yellow or tan with black or dark-brown blotching to totally grey or black, while the lower shell (plastron) may be yellow to greenish-yellow, brown, or grey, with some dark-brown or black markings.

It is a very round tortoise when viewed from above, certainly compared to most tortoise species, generally with a flattened top to the shell rather than being high-domed. Its color is usually a mixture of tans and browns, occasionally with a green cast.

Russian tortoises aren’t the most colorful, but they’re small and friendly.  The plastron is mostly black, and the skin color, including the entire head, is usually tan, dark gray or brown.  Adult male Russian tortoises usually attain 5 to 6 inches in length, with females reaching 6 to 9 inches. Within our breeding colonies, most males are right around 5½ inches and most females range from 6 to 7 inches. Our largest Russian tortoise is a female about 8 inches long. It’s not unheard of for them to reach 9-10 inches, but this is not common at all. 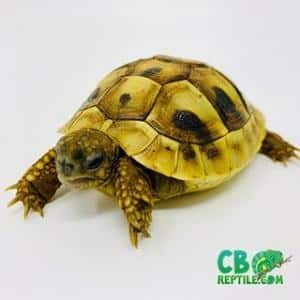 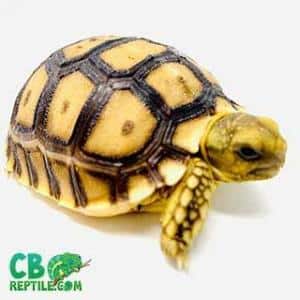 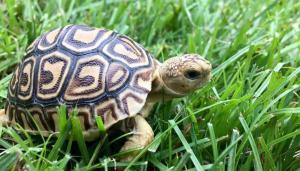 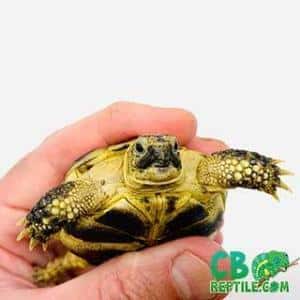 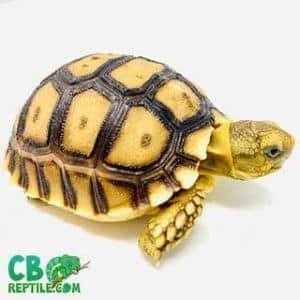 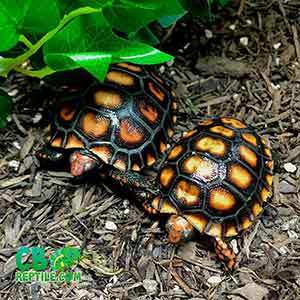 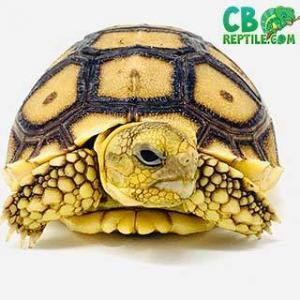 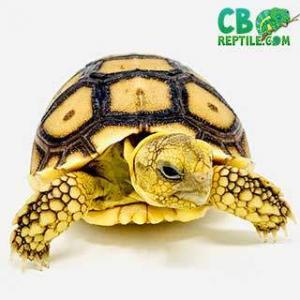 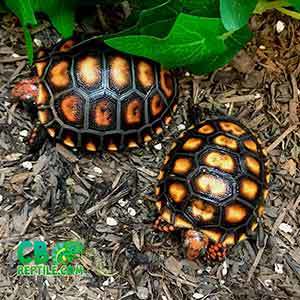 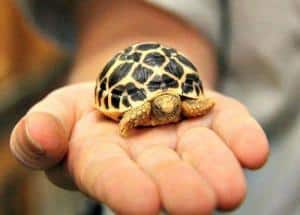