With a Biologist ON SITE, all of our Burmese Star Tortoises for sale online come with our live arrival and full 7-day health guarantee.  If you purchase a complete turtle setup kit from our shop, your turtle will automatically come with a 30-day health guarantee.  Our Burmese Star tortoise for sale are ready to ship to your door via FedEx in heated or cooled containers and will arrive the morning after shipment.  Typically they leave here around 7 pm and are on your doorstep the next morning between 8-10am. 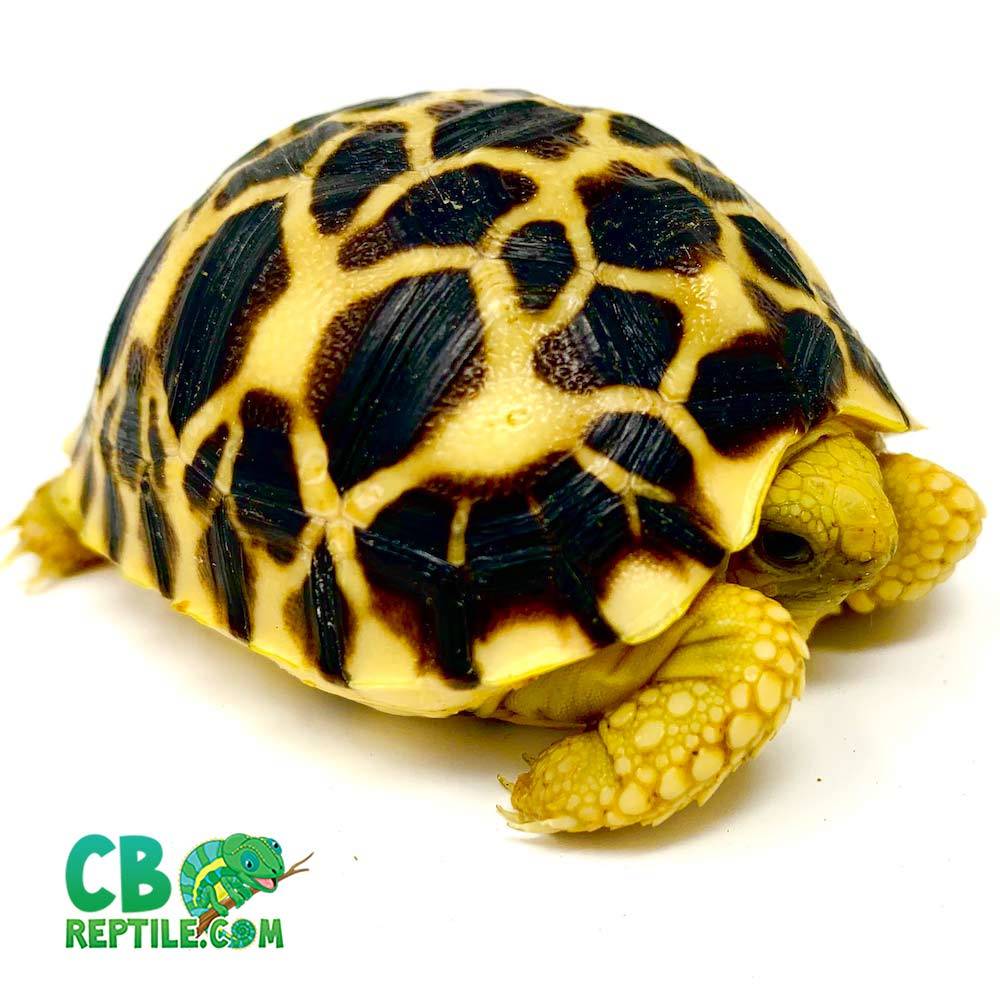 Burmese stars are diurnal reptiles. They are active in the daytime when they search for prey. During the warmer part of the day, they prefer to rest in the shade. They feed on vegetation, primarily grass and mushrooms. They also eat fruits and possibly larvae and insects. 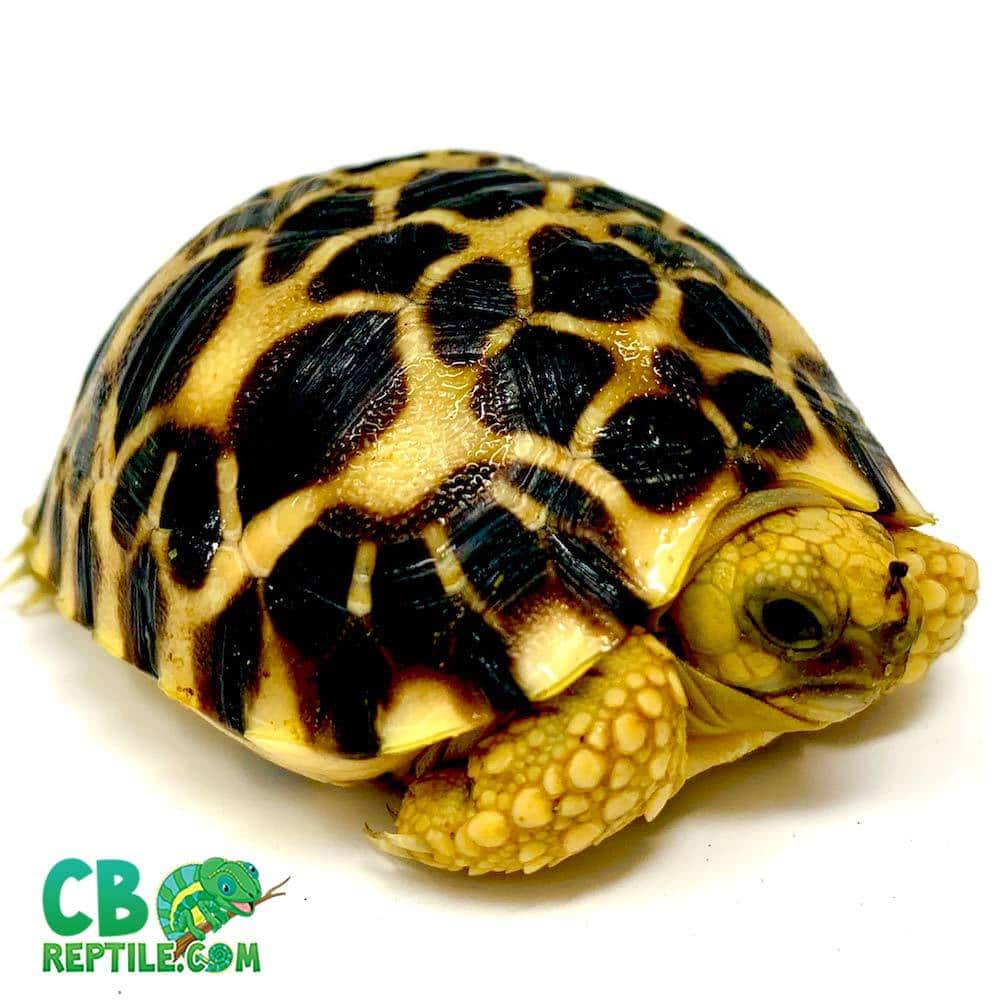 Among all the tortoises that possess the characteristic distinctive star or radiating pattern on their upper shells, the Burmese star tortoise stands out as the rarest and the most beautiful. The domed carapaces (upper shell) vary in color from dark brown to black. They display radiating yellow colored stripe patterns that seem to emerge from the central areas. This provides the star pattern which gives the tortoise its distinctive appearance and name. The plastron (lower shell) color ranges from yellow to tan. Each scute has a black or dark brown notch. The color of the head, tail and limbs, is yellow. There is a large, horny, scale at the end of the tail. You can distinguish the males from the females by their longer, thicker tails. You can also distinguish the Burmese stars from the more common Indian stars by comparing the plastrons of the two.

Nesting reportedly happens in February end. In captivity, the female tortoise lays four to five eggs in a clutch. Captive breeding of this species is quite difficult. The honor of the first successful breeding in captivity goes to the Taipei zoo in Taiwan, where they successfully hatched Burmese star tortoises in the year 2003.

The IUCN has listed the Burmese Star Tortoise as a critically endangered species. In spite of this, people widely consume these reptiles and also export to China’s food markets. There was a recent expedition in Myanmar which looked for Burmese stars in their habitat. The search, which lasted for 400 hours, could locate only five tortoises of the species.

Burmese Star Tortoises for sale – Threats in the wild

As in the case of many of Southeast Asia’s turtles and tortoises for sale, there has been a dramatic decline in Burmese tortoise population. This is due to the increasing demand in the Asian market for its meat and supposed medicinal value. The natives had done subsistence gathering of the species for centuries. Recently, Commercial harvesting replaced the subsistence gathering due to the skyrocketing prices of these species in the Asian market. The illegal international pet trade has also contributed significantly to the decline in numbers. Imagine, an adult Burmese star tortoise can command as much as $7000 in the western market! This has led to overexploitation of the wild populations. The other threats faced by the species are Habitat destruction and forest fires.  Our Burmese Star tortoise for sale are some of the brightest and most colorful you will find.

BURMESE STAR TORTOISE AS A PET

Burmese stars are primarily herbivores. They may occasionally feed on animal matter. A 100% vegetarian diet ideal for captive star tortoises. You must not give them animal products like cat and dog food.

You must avoid giving too many sweet foods, including fruit to these tortoises. They may cause colic, increase the number of protozoa and other problems.

Ideally, 90% of the diet should consist of grasses and greens that are rich in fiber. Coarse leaves, dark greens, weeds and mixed grasses, as well as succulents, should constitute the bulk of the star tortoise’s diet. Burmese Star tortoises seem to have a preference for broadleaf weeds compared to grass.

It is very important to give your tortoise a diverse diet. Offer a large variety of food items. Do not depend on grocery greens only. Use them as a secondary food source only. You can mix grocery store greens with salad, hay (dried) or dried weeds to increase the fiber content.

Sedum is generally safe for tortoises. Avoid Sedum acre (a plant that flowers perennially) as they say it has a toxic content.

You can also feed the adult tortoises every day. You can also skip feeding them snacks once or twice a week. Even on those days, you can leave some chopped salad, hay for them in case they need a snack. The ideal diet should be high in fiber, low in protein and fat.

If and when weather permits, you can keep the youngsters and the hatchlings outdoors, just like the adults. If your tortoise has only limited access to a large enclosure, you should create an indoor pen that is as large and as natural as possible.

You certainly can be creative and have lots of fun when you design an enclosure for your tortoise. Just make sure that it is secure, has the proper lighting, temperature and humidity.

Open-topped, extensive enclosures are suited for subadults and adult tortoises belonging to dry areas, like Burmese star tortoises. Half-closed or fully closed enclosures ideally suit the babies. Such enclosures retain heat and humidity better. For an enclosure you can choose a tub that is long enough to accommodate a temperature gradient that has warmer and cooler ends.

If your tortoise does not have much of an access to an outdoor enclosure, you should provide a UVB light when your pet is indoors. You can use either a Mercury Vapor Lamp (MVB) or a fluorescent UVB tube.

• You must provide daytime heating with a Basking Bulb, either a heating bulb or UVB.

• Take care to maintain darkness in the enclosure at night.

• Under the basking bulb, you must make sure of temperatures between 85-95+ degree. Adults can bear more basking temperatures than babies.

• They must have 70+ degree F at night in dry conditions and 75+ degree F in damp conditions. 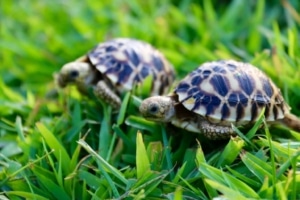 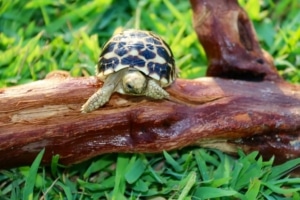 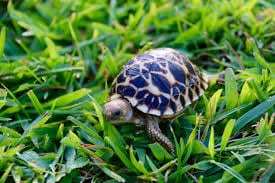 CB Reptile has much more than just Burmese Star tortoise for sale!

Cb Reptile is proud to offer OVER 20 species of healthy, captive-bred baby tortoise for sale. As tortoise breeders, we focus on using only the best breed stock to provide our customers with healthy, happy and active top quality specimens that are sure to please any turtle or baby tortoise enthusiast for decades to come.  Our tortoises for sale online include nothing but 100% captive bred tortoise breed stock.