Our leopard tortoises for sale come from top quality adult leopard tortoise breed stock and exemplify the species standard in both color, and temperament.   Leopard tortoises are fairly EASY in terms of care level, and make great additions to any tortoise collection especially once they are at least 4 months old.

leopard tortoises for sale with a real Biologist on site

With a Biologist ON SITE, all of our Leopard tortoise for sale online come with our live arrival and full 7 day health guarantee.  If you purchase a complete tortoise setup kit from our shop, your tortoise will automatically come with a 30 day health guarantee.  Our Leopard tortoise for sale are ready to ship to your door via FedEx in heated or cooled containers and will arrive the morning after shipment.  Typically they leave here around 7pm and are on your doorstep the next morning between 8-10am. 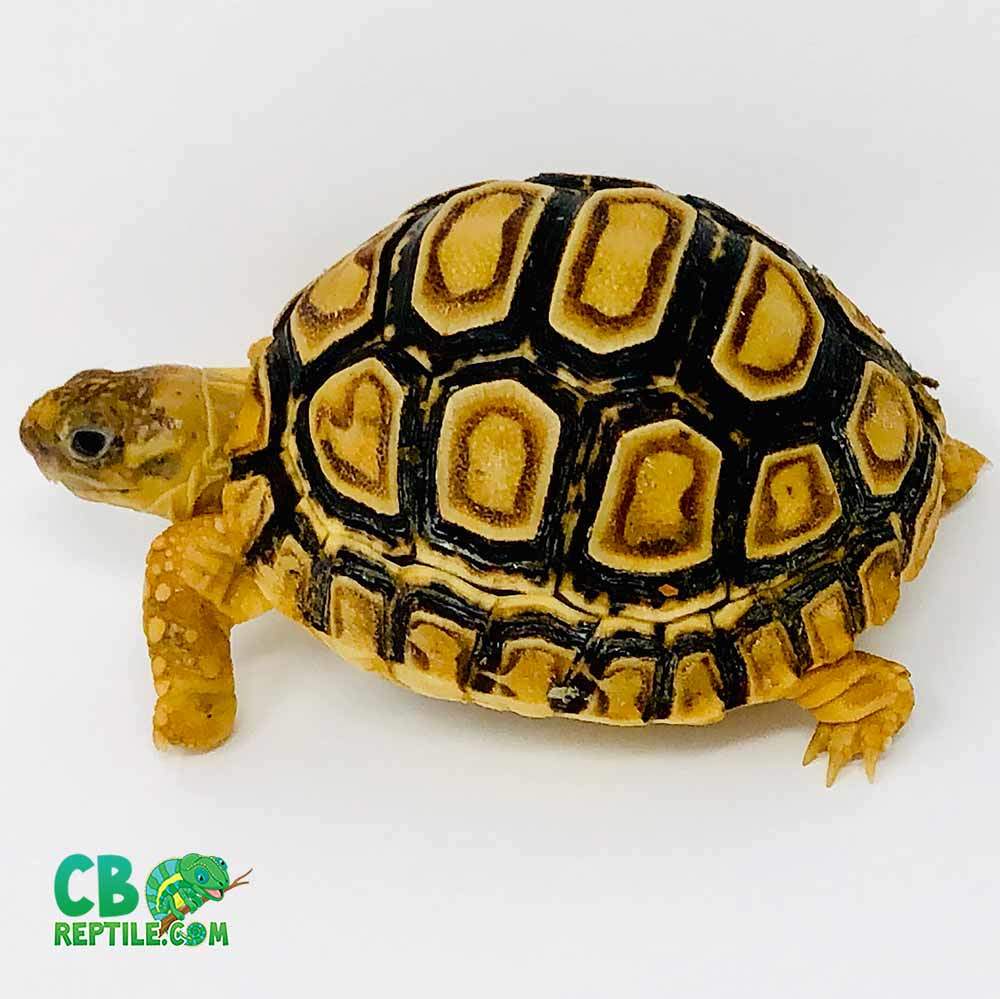 The leopard tortoise for sale is the second largest tortoise native to Africa. Only the African spurred tortoise is larger. Two subspecies are generally recognized. Stigmochelys pardalis babcocki is the most common species of pet leopard tortoise for sale in the pet trade. It has a large natural range resulting in geographic variations in size, color and temperature tolerance. Stigmochelys pardalis pardalis is from South Africa and Namibia.  The giant South African leopard tortoise can be distinguished from more common with the naked eye. Because it is generally darker in color, has speckled skin, and more than 1 dot on some of the vertebral scutes.  Also, the Giant south African may not be as high domed and generally grows 1.5 times larger. 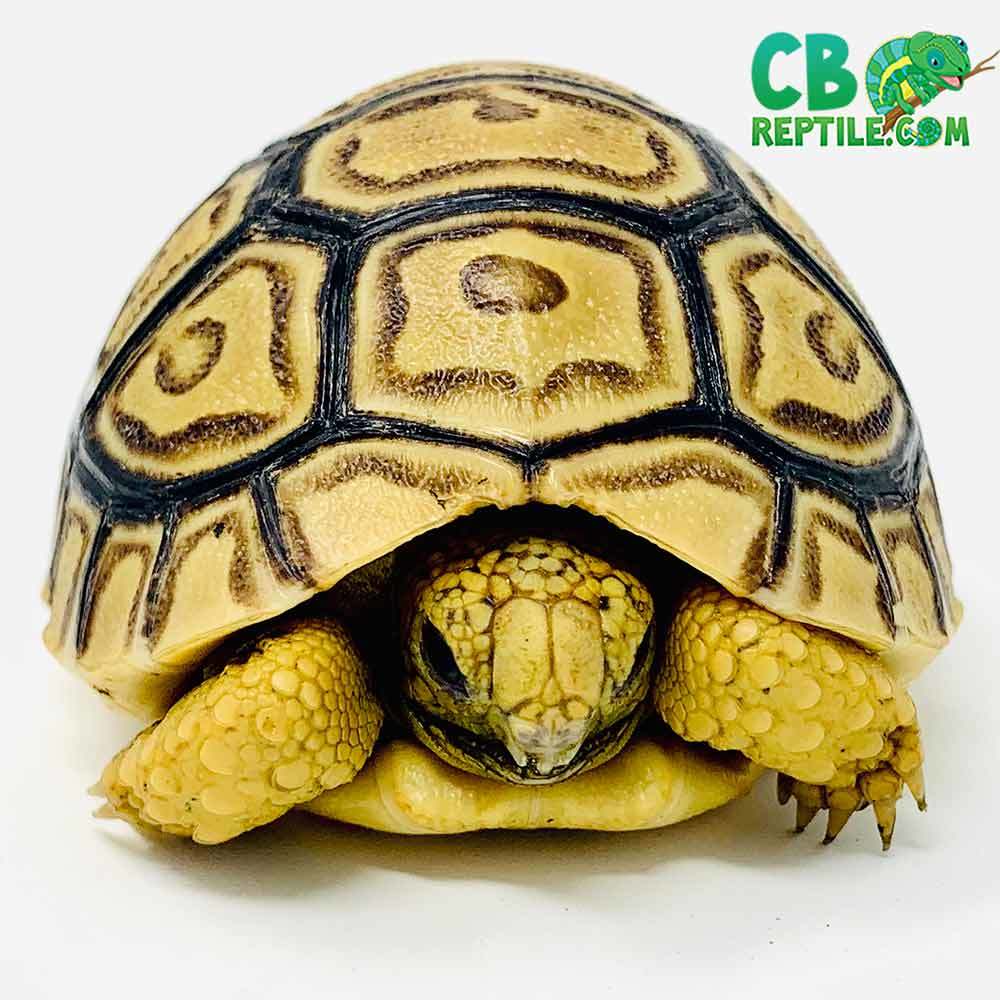 Adult leopard tortoises for sale measure from 10 to 18 inches long depending on geographic origin.  Also, size is related to the subspecies of the tortoise. In contrast, the South African subspecies, may grow to 24 inches.  Also interesting, the giants from Ethiopia and Somalia may approach 30 inches. Keep in mind that Females often grow larger than males.  This is not always the case, however, depending on the origin of the specimen.  Even more perplexing is that this may be reversed, or male and females may be of similar size. Due to wide geographic variations, there are no set standards. Because males may always be distinguished from females by their concave plastron and their larger tail.

For indoor care of a leopard tortoise, temperatures should be maintained between 75 and 90 degrees.  Provide a basking spot of 95 degrees. Secondly, depending on the indoor air temperatures, a heat light may be required at night or during the day. Hot spots are important for the tortoise to thermoregulate and raise its temperature to optimal levels for digestion. Most importantly, exposure to natural sunlight or UVB light plays an important role in how the body absorbs and uses calcium. Above all, UVB light or natural sunlight allows the tortoise to produce vitamin D3.

Vitamin D3 is critical to the tortoise in its ability to absorb and use the available calcium. UVB can be obtained from fluorescent tubes specially made for reptile use or from mercury vapor bulbs, which also provide some heat. Lastly, if fluorescent tubes are used for UVB, a separate light may be required for heat for your baby leopard tortoise for sale.

Leopard tortoises live between 50 and 100 years in the wild. 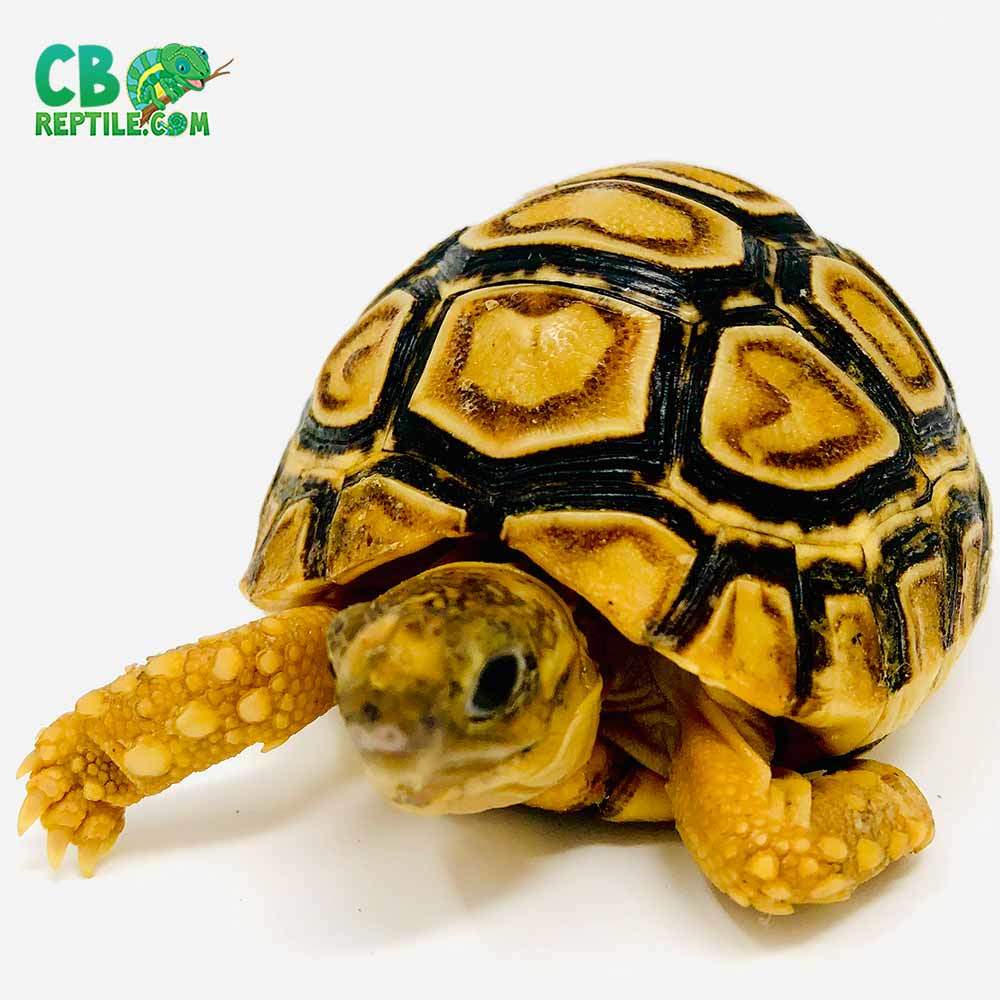 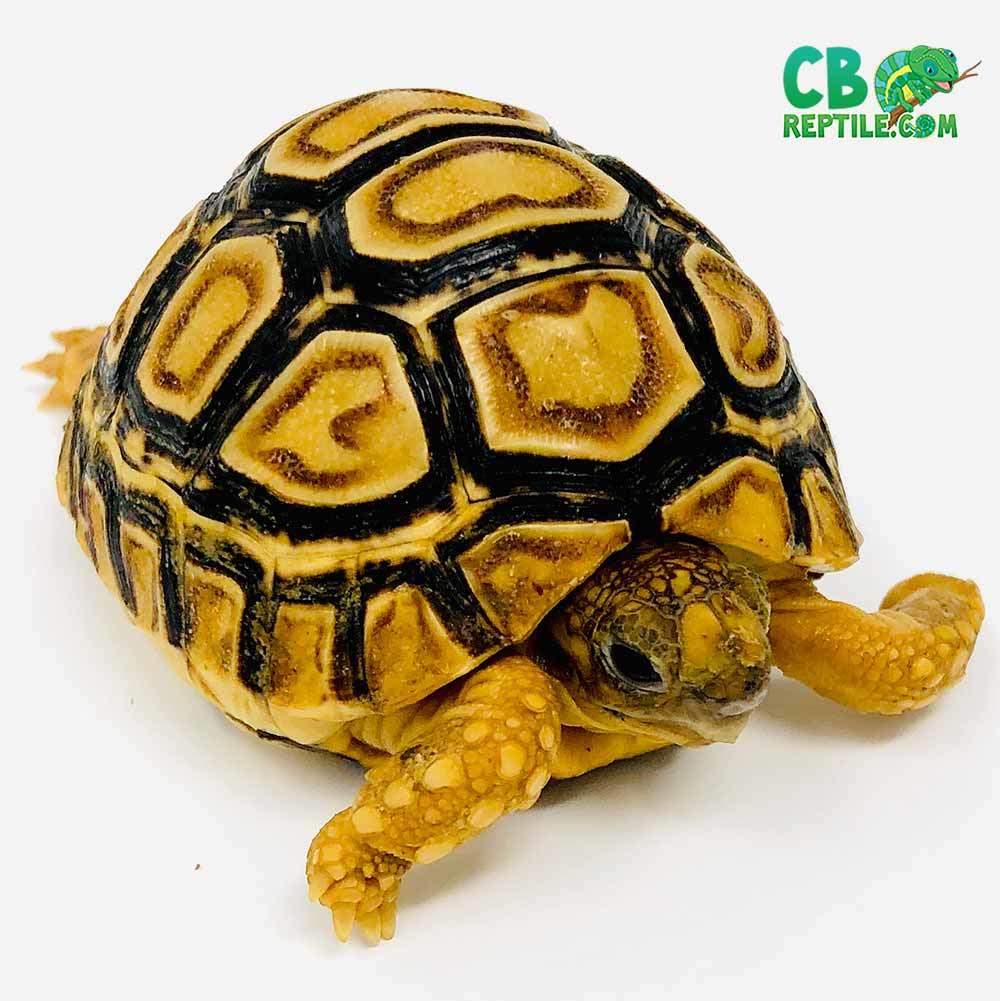 The nicest captive bred tortoises and reptiles for sale online 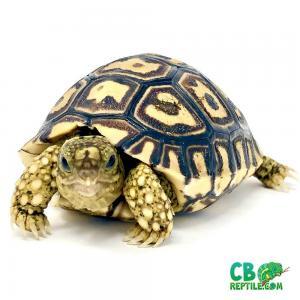