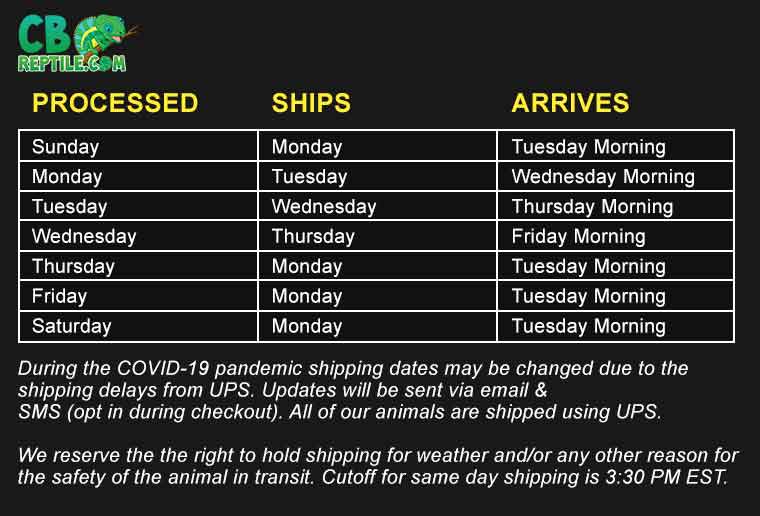 We have some fantastic captive bred golden Greek tortoises for sale.  We have hatchings, well started babies (recommended over the more fragile hatchlings) and cute and plump yearlings in stock.

Our golden Greeks come from European breed stock and exemplify the species standard in both color, and temperament.  Golden Greeks are members of the Testudo family, like Hermanns’, Russians, other Greeks, Marginated and some other popular European species.  They reach sizes of 7-11″ on average with most falling in the 9-10″ range.  Golden Greek tortoises are mediocre in terms of care level, and make great additions to any tortoise collection.

With a Biologist ON SITE, all of our golden greek tortoises for sale online come with our live arrival and full 7 day health guarantee.  If you purchase a complete tortoise setup kit from our shop, your tortoise will automatically come with a 30 day health guarantee.  Our golden greek tortoises for sale are ready to ship to your door via FedEx in heated or cooled containers and will arrive the morning after shipment.  Typically they leave here around 7pm and are on your doorstep the next morning between 8-10am. 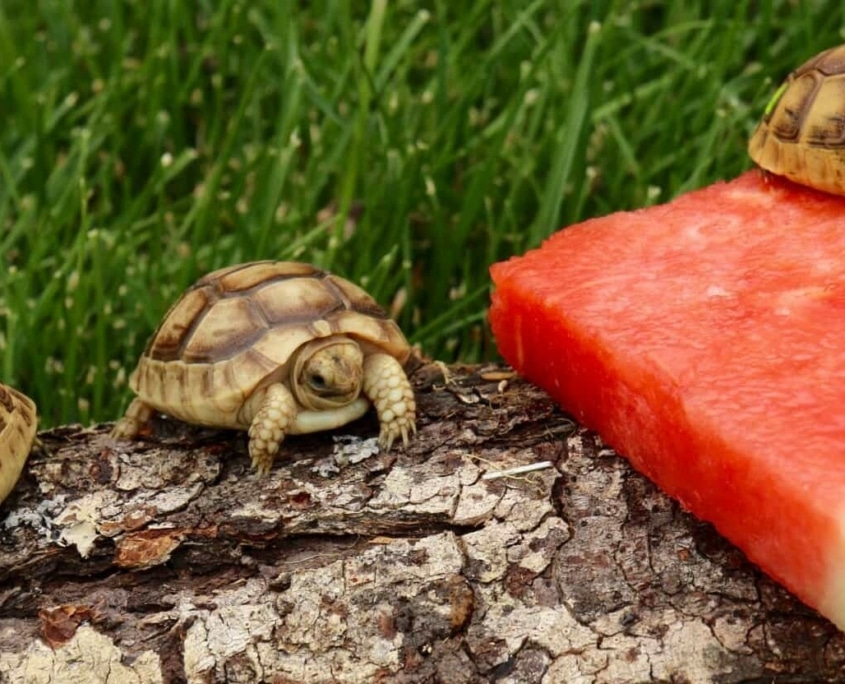 Golden greek tortoises for sale can make fantastic additions to your reptile family and are on the smaller side of the tortoise spectrum like most tesudo family tortoises.  Golden Greeks being testudo family tortoises, are related to the Hermann’s tortoise, Russian tortoise, elongated tortoise, Egyptian tortoise to name a few.  Several species have been referred to as Golden Greek Tortoises, none actually originating from Greece at all. The two most commonly seen species in the pet trade are Testudo terrestris and Testudo floweri, the former probably being the most common of the two. The natural range of T. terrestris is Northern Iraq to Turkey and Syria. Whereas T. floweri has a far more limited natural range, found only along a narrow strip of land along the coasts of Israel and Lebanon and possibly as far west as Egypt in the Sinai.

Both species are found in moderate to hot arid climates and both may remain fairly active late into the winter, aestivating partially submerged into shallow pits or burrows, retreating for brumation only during the coldest times of the year.
The natural diet of both species is similar to that of other Greek tortoises (T. graeca) consisting of edible weeds, thistles and vegetative debris.
SPECIAL CHARACTERISTICS:

Maximum adult shell length of 7 inches for T. floweri and 11 inches for T. terrestris, males often being considerably smaller at maturity than females.

As with most tortoises, these do better when kept in outdoor enclosures, especially in warm, arid climates. However, caution should be taken in wet, humid areas of the country as these species are prone to issues with both respiratory disease and shell infections when kept too wet. Outdoor enclosures should be moderately sized for adults, at least 4’X4′ is recommended.

When housing your new golden greek tortoise for sale indoors use of a “tortoise table” or large storage tubs are recommended versus glass aquariums as these allow better ventilation and will prevent the tortoise from constantly trying to walk through the clear glass.

For outdoor enclosures avoid gravel or sand as these may be ingested and result in impactions. For indoor enclosures I recommend cypress mulch or packed down organic top soil.

Golden greek tortoises are fairly temperature tolerant and are observed being active outdoors as long as highs remain in the 70s, however little food should be offered with the lower temperatures. The preferred optimal temperature zone is between 85-95 degrees. Outdoors they will retreat into cooler burrows in hotter weather. Indoors, a basking heat lamp should be provided. Temperatures should always be monitored with a digital thermometer or infrared thermometer. Thermostats are also useful to assure temperatures remain fairly constant within the enclosure.

Golden Greek tortoises require UVB lighting in order to process calcium properly. UVB lighting should be provided using either fluorescent (tube or “spiral” bulbs) or mercury vapor bulbs designed specifically for use in reptiles. When selecting fluorescent bulbs high output 10.0 bulbs are recommended as tortoises require fairly high levels of UVB exposure. It should be noted that these bulbs will stop providing UVB long before they stop producing visible light so they will need to be changed regularly, usually every 6 to 12 months depending on the manufacturer’s recommendations. Place UVB lighting no greater than 12 inches from the basking site. Connecting it to a timer is recommended in order to provide approximately 14 hours of light and 10 hours of darkness. For more information of UVB lighting, click here.

As tortoise breeders, we focus on using only the best breed stock to provide our customers with healthy, happy and active top quality specimens that are sure to please any turtle or baby tortoise enthusiast for decades to come.  Our tortoises for sale online include nothing but 100% captive bred tortoise breed stock.