We have some fantastic captive bred Ibera greek tortoises for sale.  We have hatchings, well-started babies (recommended over the more fragile hatchlings) and cute and plump yearlings in stock.

Our Ibera greeks come from European breed stock and exemplify the species standard in both color, and temperament.  Ibera Greeks are members of the Testudo family, like Hermanns’, Russians, other Greeks, Marginated and some other popular European species.  They reach sizes of 7-11″ on average with most falling in the 9-10″ range.  Ibera Greek tortoise for sale are mediocre in terms of care level, and make great additions to any tortoise collection.

With a Biologist ON SITE, all of our Ibera greek tortoises for sale online come with our live arrival and full 7 day health guarantee.  If you purchase a complete tortoise setup kit from our shop, your tortoise will automatically come with a 30 day health guarantee.  Our Ibera greek tortoises for sale are ready to ship to your door via FedEx in heated or cooled containers and will arrive the morning after shipment.  Typically they leave here around 7pm and are on your doorstep the next morning between 8-10am.

Found in North Africa, southwest Asia, and southern Europe, the Ibera Greek tortoise for sale inhabits a variety of habitats, including some that are particularly arid: rocky hillsides, Mediterranean scrub, forests, fields, and meadows are all occupied by the Greek tortoise subspecies. Greek tortoises have highly domed carapaces joining the plastron by a thick bridge. The Greek tortoise color ranges from yellow to golden/brown or black.

Flecks, borders, rays, and spots on the shell produce a pattern reminiscent of a Greek mosaic, hence the common name. One to three raised scales, spurs (hence the spur thighed tortoise for sale terminology) are located on either side of the tail, on each thigh (these spurs are the reason for the alternate name, the Mediterranean spur-thigh tortoise). The head is blunt with large eyes and the front legs exhibit large scales and thick, powerful claws. The supracaudal shield just above the tail is undivided.

Species of Greek tortoise for sale

Over the last few decades, many Greek tortoises for sale, particularly Ibera Greek tortoise and golden greek tortoise, were imported into the United States for the pet trade. Many of these animals harbored parasites and diseases and, sadly, many did not survive. Those that received medical attention and appropriate care, however, are now thriving in captivity. This founder stock has produced a high number of captive-bred baby greek tortoise, some now grown up and producing offspring of their own, and these USA-born tortoises have proven to be an excellent choice for the reptile keeper. A rather responsive species, the Greek tortoise for sale has gotten rave reviews from those who have attempted to keep it long term, the right way.

Depending on the subspecies, Greek tortoises will grow to between 5 and 8 inches. Some examples of T. g. ibera may attain 10 or 11 inches, but this is rare. Male Greek tortoises are usually smaller than females, but again, there are exceptions.
At hatching, most Greek tortoises are no more than an inch in length. They can grow rapidly when overfed and reports of them reaching 4 inches in less than two years is common, but not recommended.

Housing Ibera Greek tortoise for sale outdoors in a naturalistic pen is always best. During the warmer part of the year, they can be kept in spacious enclosures that are well planted with edible vegetation and receive plenty of time in nature, full sun.
Indoors, the construction of a “tortoise table” will suit the needs of Greek tortoises well. A 3-by-6-foot unit made of plywood will suffice for a single adult and up to a pair of adults. Wood is always recommended over plastic or glass so that the tortoises cannot see through their enclosure’s walls. This way they will learn their boundaries and it will lessen their attempts to escape.

Depending on the subspecies, Greek tortoises for sale are readily available. Forms such as the Ibera Greek and now the golden Greek have produced well under captive conditions and healthy hatchlings can be found at reptile expos, pet stores, online dealers and private breeders. Throughout the year, one can usually locate babies available for sale with ease.
Keepers are strongly advised to refrain from buying freshly imported Testudo graeca from the wild; these specimens are brought over in droves and are typically offered for sale in spring and late summer. Only the very experienced tortoise keeper should attempt to take on such a challenge. As always, buy captive bred over wild caught.

Testudo graeca subspecies are known to be some of the longest-lived of the tortoises. Reports suggest well into the 100s. In the wild, many do not live past the age of 20 due to predation and other factors. When kept safe and under optimum conditions, Greek tortoises thrive and can live to a ripe old age. Some have outlived their keepers. 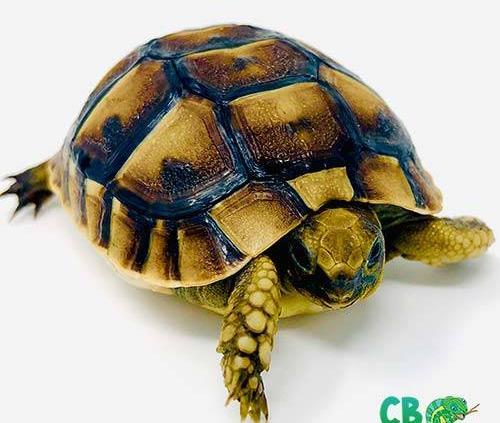 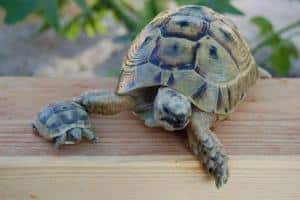 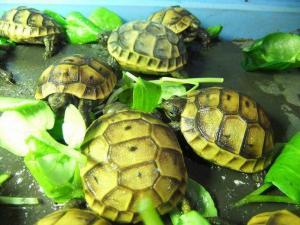 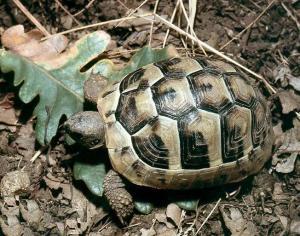 CB Reptile has much more than just Eastern box turtles for sale!

As tortoise breeders, we focus on using only the best breed stock to provide our customers with healthy, happy and active top quality specimens that are sure to please any turtle or baby tortoise enthusiast for decades to come.  Our tortoises for sale online include nothing but 100% captive bred tortoise breed stock.